Six Sigma is a disciplined, statistical-based, data-driven approach and continuous improvement methodology for eliminating defects in a product, process or service. It was developed by Motorola and Bill Smith in the early 1980’s based on quality management fundamentals, then became a popular management approach at General Electric (GE) with Jack Welch in the early 1990’s. The approach was based on the methods taught by W. Edwards Deming, Walter Shewhart and Ronald Fisher among many others. Hundreds of companies around the world have adopted Six Sigma as a way of doing business. 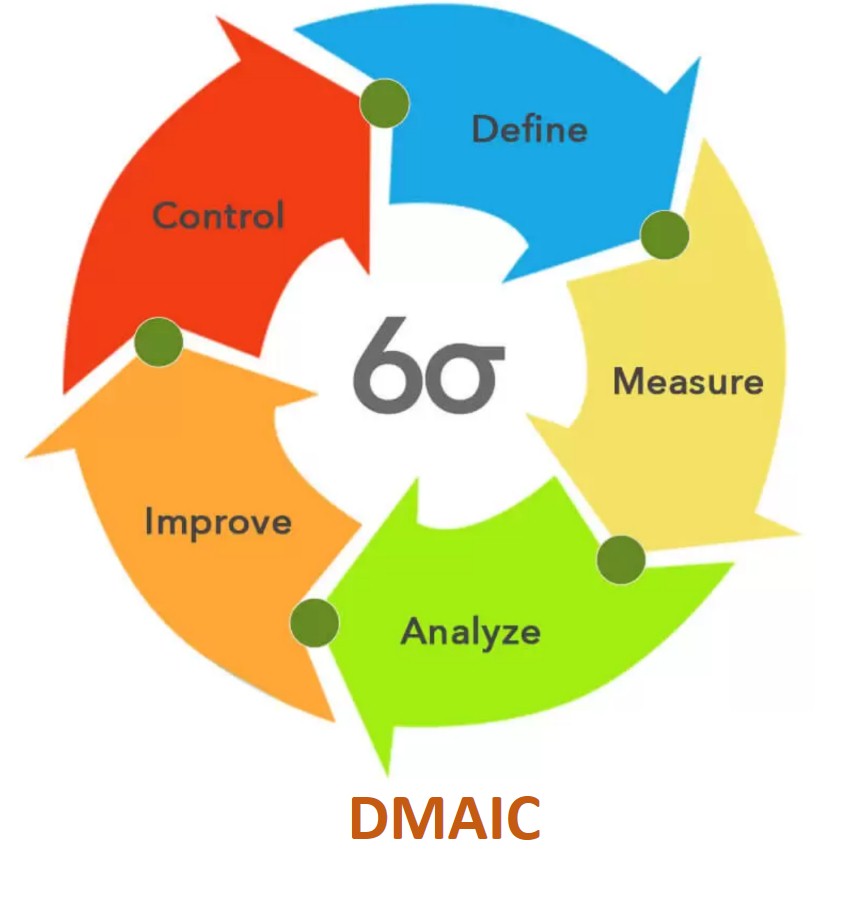 For example, if a product must have a thickness between 10.32 and 10.38 inches to meet customer requirements, then the process mean should be around 10.35, with a standard deviation less than 0.005 (10.38 would be 6 standard deviations away from 10.35), assuming a normal distribution. See the example below. 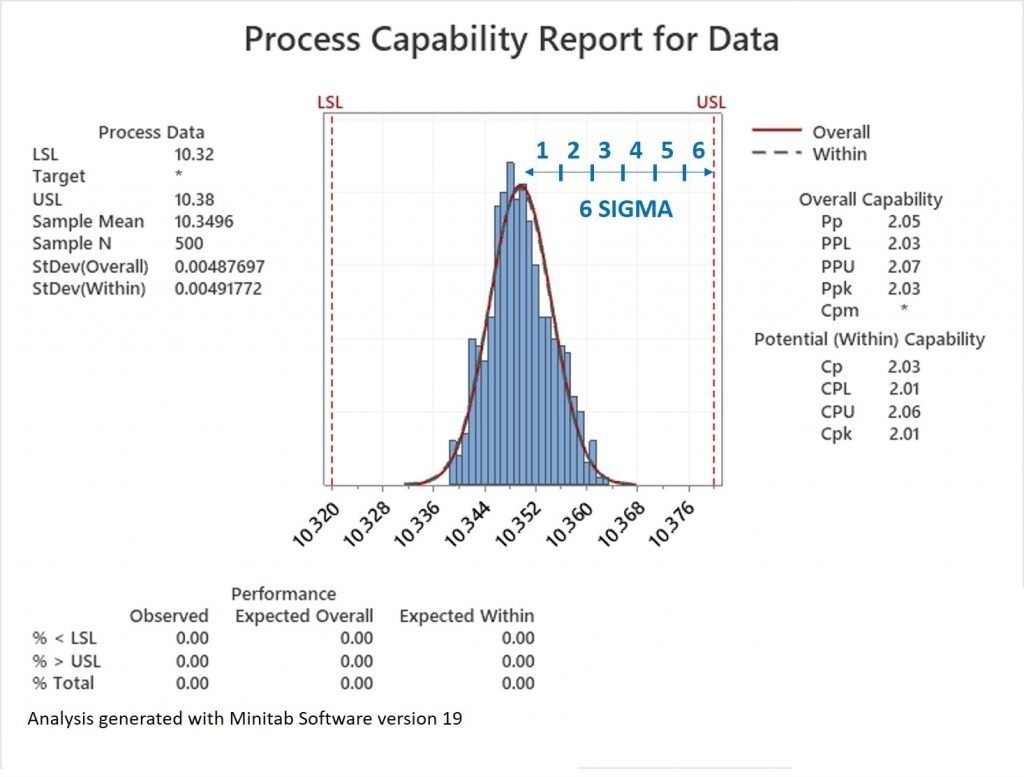 Six Sigma can also be thought of as a measure of process performance, with Six Sigma being the goal, based on the defects per million. Once the current performance of the process is measured, the goal is to continually improve the sigma level striving towards 6 sigma. Even if the improvements do not reach 6 sigma, the improvements made from 3 sigma to 4 sigma to 5 sigma will still reduce costs and increase customer satisfaction. 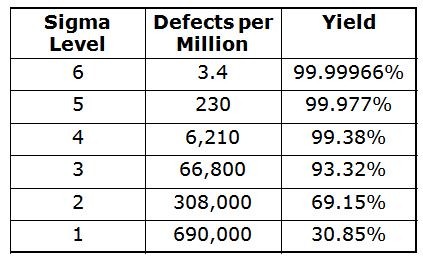 WHAT IS LEAN SIX SIGMA?

Six Sigma focuses on reducing process variation and enhancing process control, whereas lean drives out waste (non-value added processes and procedures) and promotes work standardization and flow. The distinction between Six Sigma and lean has blurred, with the term "lean Six Sigma" being used more and more often because process improvement requires aspects of both approaches to attain positive results.

Lean Six Sigma is a fact-based, data-driven philosophy of improvement that values defect prevention over defect detection. It drives customer satisfaction and bottom-line results by reducing variation, waste, and cycle time, while promoting the use of work standardization and flow, thereby creating a competitive advantage. It applies anywhere variation and waste exist, and every employee should be involved.

Lean and Six Sigma both provide customers with the best possible quality, cost, delivery, and a newer attribute, nimbleness. There is a great deal of overlap between the two disciplines; however, they both approach their common purpose from slightly different angles:

• Lean achieves its goals by using less technical tools such as kaizen, workplace organization, and visual controls, whereas Six Sigma tends to use statistical data analysis, design of experiments, and hypothesis testing.

Often successful implementations begin with the lean approach, making the workplace as efficient and effective as possible, reducing waste, and using value stream maps to improve understanding and throughput. If process problems remain, more technical Six Sigma statistical tools may then be applied.