Is oled screen better for eyes?

Is oled screen better for eyes? To get the answer for this question, we need to understand the emitting light about oled screen and lcd display module. As we know, oled display are much better in display color accuracy than LCD display module,

OLED displays also can be bending and folding, and can be made fingerprints under the screen. Is it sure that oled screen is better than lcd screen for eyes? It is not sure, to difference people, it answer might be different. why?

LCD screen has the backlight panel to light the display, it is the mode that very suitable for DC dimming. But LCDS can also be harmful to the eye, with the main hurt coming from blue light. The traditional small lcd screen is mainly illuminated by the high brightness LED chips on the backlight and then enter the LCD color filter’s RGB pixel through the homogenizer of backlight. A large part of the blue light emitted by the high brightness LED chips is concentrated in the harmful blue light. here the blue light is not all mean the blue color light, it means the wave length between 400-500nm visible light, it is the important light wave length in visible light, it have the short wavelength, but highest energy in visible light, it can go through the eye’s lens, and reach the retina of eyes, The harmful blue light causes irreversible damage to the retina.

Actually, to avoid the blue light damage is very simple to us, the core of avoiding blue light damage is distance and time. Is not very like when your mother ask you way from TV when watching it, and can only watch for a while? That's right, keeping enough distance and controlling the viewing time can effectively prevent blue light damage. However, the reality is that...LCD: both of them...After all, there is no limit of more than three meters and only two hours at a time when you play your smartphone and watch the small lcd screen. Since everyone's perception of blue light is not the same, there is still no absolute judgment on whether LCD screen is better or OLED screen is better.

How about the OLED screen to our eyes? Is oled better for eyes? This brings us to another screen light mixed method. At present, The mainstream OLED screen use PWM dimming technology. This technique is a little hard to understand. I'm trying to explain it here. 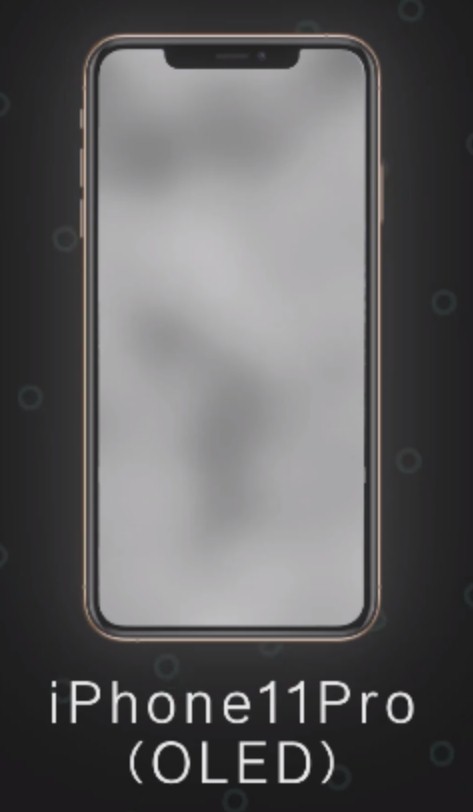 Therefore, the light mixed mode by OLED screen manufacturers is still a low-frequency PWM dimming mode, which is relatively harmful to the eyes. This is Samsung and other OLED screen manufacturers make the oled light driving way, it even can not be changed when in making oled display module phase. At present, even mobile phone OEM factories said they are using DC light modulated way, it is actually based on PWM dimming. It is not DC dimming in actually. No matter how to adjust the screen brightness after opening, the measured strobe frequency will not decrease. At present, Xiaomi, Opper and other mainstream mobile phone manufacturers are adding "global DC dimming" or "similar DC dimming" mode to improve the stroboscopic eye problem under PWM dimming, but it cannot be fundamentally solved, and it may cause color accuracy deviation and other problems, but this can indeed improve the eye problem in someway. So, is PWM dimming really nothing but eye damage? In fact, Early Samsung OLED screen is DC dimming, but because of OLED screen is without backlight, each pixel is independent, if directly through DC dimmer to adjust the screen brightness, can lead to low brightness and uneven, and color shifted problem, and PWM dimming is well solved these problems.

PREVIOUS：Oled vs LCD | Which is better? NEXT：What is TFT meaning